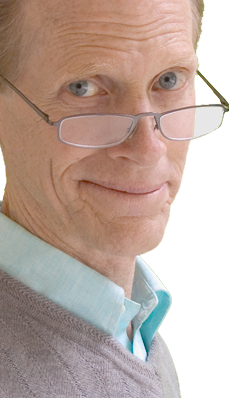 In the past, I have paid little attention to flu viruses or their movement through the population.  But I’ve become aware of a dramatically different playing field now, and because I believe Oriental Medicine has much to offer in this scenario, I've decided to give it some attention in these pages.

No one knows what part the H5N1 virus may play in our future, but experts agree on a number of unsettling points:

Not only is this virus different, but the environment in which it exists (life on this planet) is very different, as well.

Humanity finds itself in a unique circumstance.  The number of us on the planet far exceeds that of any previous time.  Uncrowded spots on the globe are rare, and our growth accelerates each day.  Human activity is responsible for profound shifts in every aspect of our environment.  The direction of many of these shifts cannot be maintained for very long.  In short, there are too many of us.

Ultimately, nature will not tolerate an imbalance, especially one that relentlessly tips the scales toward further imbalance.  Other forces, beyond the scope of this discussion, are at play as well.  It’s difficult to ignore that life — both personal and social — has undergone dramatic shifts in the past five years alone.  The game is entirely different.  The stakes are higher, and the pace is furious.  What does this have to do with “avian flu?”

Just this.  Given our current condition, the question is not whether this particular virus will do what experts fear.  It’s not even a matter of whether or not something of this nature will occur.  It’s a matter of when.


What we can do to prepare

Forget about vaccines.  Not only is vaccination a highly questionable and controversial approach to curbing the spread of disease, but a vaccination for this virus does not exist.   The development of a vaccine for an unmanifest, highly contagious, and lethal flu virus won’t even be possible to create until it’s far too late.

One’s most effective response to such a prospect is a pre-emptive one, which, hopefully, was begun decades ago.  Invest heavily in good health and a resilient immune system through wise choices in diet and lifestyle.  Yes, there are a handful of “little secrets” which can be used to augment this commitment, but the task is really just that simple — diet and lifestyle.  The irony of such a remark is, of course, that diet and lifestyle are huge, complex expressions of how we choose to live. Both remarks are true, but we’ll focus on the simplicity.  You can flesh out the details.

This site is best viewed in the current version of Safari.